A new experimental proof-of-concept quantum Otto cycle, using nuclear spins, has reached an efficiency close to its thermodynamic limit at maximum power. The so-called quantum technology relies on microscopic devices that obey the laws of quantum mechanics. But how much power will this new type of devices need in practice? How much heat will be produced? How to operate in the optimal condition dissipating minimum energy? These questions have just starting to be answered through a link between quantum information and the out-of-equilibrium thermodynamics of mesoscopic systems, besides new proof-of-principle experiments. Similar questions abounded during the Industrial Revolution, in the nineteenth century. Scientists of the epoch realized that both heat and the ability of machines to perform work are different forms of the same physical quantity, energy. When investigating the conversion of one form of energy into another, they discovered the laws of classical thermodynamics that have a profound impact in the industry and transformed completely modern society.

The theoretical concept of a quantum heat engine was first introduced sixty years ago, when Scovil and Schulz-DuBois at Bell Labs (USA), make an analogy between three-level masers and thermal machines. Since then many proposals for thermodynamic cycles at the quantum scale have appeared in scientific journals and only very recently experiments started to be performed. In the quantum scenario, energy fluctuations play an important role in the description of a thermodynamic cycle. The measurement of such fluctuations in a thermodynamic cycle is challenging in many aspects. Now the experimental implementation of a quantum Otto cycle was reported in Physical Review Letters by an international research team involving experts from Federal University of ABC (Brazil), Brazilian Center for Physics Research (Brazil), University of Waterloo (Canada), and Singapore University of Technology and Design (Singapore). The scientist scrutinized all energy fluctuations in work and heat, besides the irreversibility at the quantum scale. Such a tiny engine was made of nuclear spins in a molecule that absorbs and release energy from radio waves.

“Fast operation of this molecular machine produce transitions between the spin energy states what is related to what scientists in the area call ‘quantum friction’ that reduces performance. Friction is associated with an entropy production. On the other hand, a very slow operation (that decreases quantum friction) will not deliver a considerable amount of extracted power”, as pointed out by John Peterson from the University of Waterloo. So, the best scenario is to conciliate some amount of power with low levels of quantum friction or entropy production, in a similar way of what modern engineering does in cars engines. In the new reported experiment, the tiny spin engine reaches an efficiency close to its thermodynamic limit at maximum power, which is much better than what car engines can do nowadays. “The quantum spin engine would not be very useful in practice since the work produced would supply a very small amount of energy to radio waves that it would only be sufficient to alter another nuclear spin. The research team is more interested in measuring how much energy it uses, how much heat it dissipates, and how much entropy is produced during operation. Another goal is to learn, in real experiments, how to optimize the operation of small quantum thermal machines and eventually build better quantum refrigerators to applications in quantum technology” explain Roberto Serra from the Federal University of ABC. The technique applied in this experiment has great potential for further developments in the emerging quantum thermodynamics. 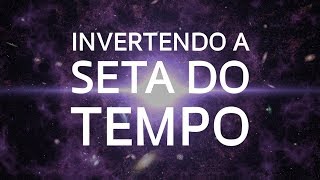 The role of coherent interactions in quantum metrology